The Decentralised and Tokenised Business Model

You are here: Home \ DKG node \ The Decentralised and Tokenised Business Model 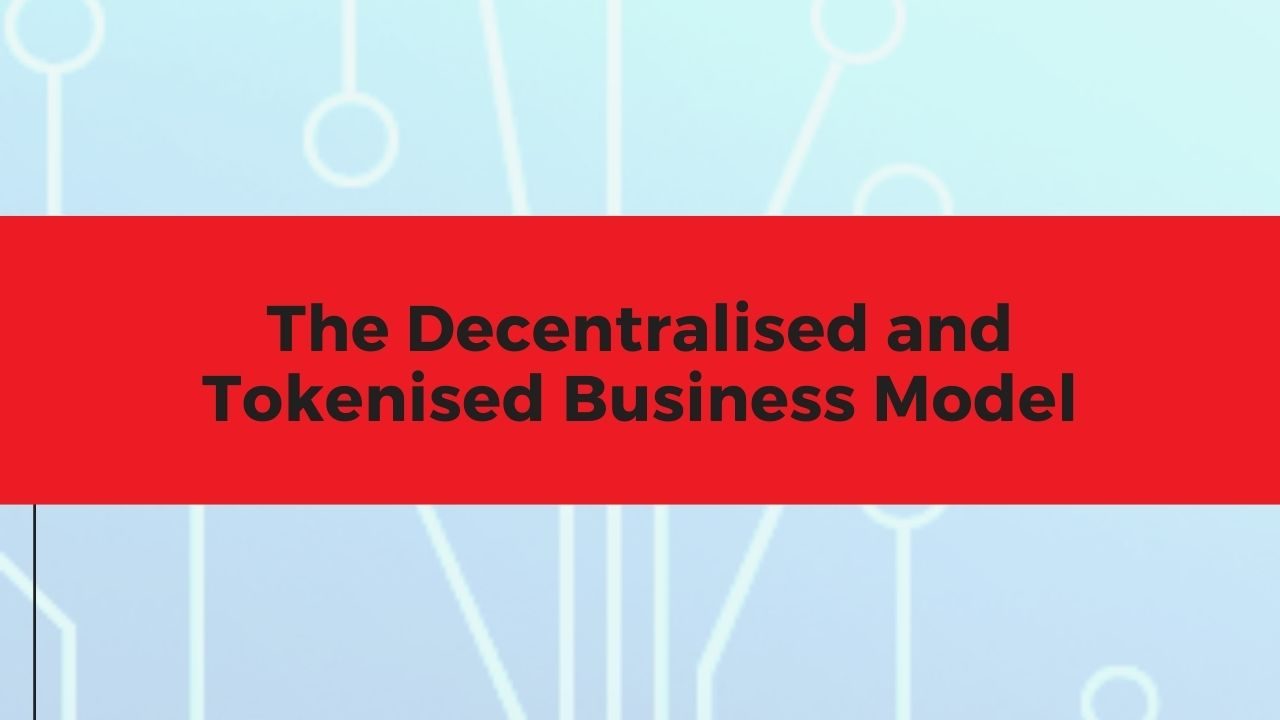 Blockchain and related technology are paving the way for the decentralised and tokenised business model. They are the foundation upon which the innovative bluechip companies of tomorrow can scale and dominate.

But what do the terms mean and what is so special about them?

Think of a business large or small, local or global in any sector then you’ll probably visualise an entity with a centralised operational structure – where all the day-to-day decisions and long term strategy are made by employees within the closed confines of the four walls.

But the idea of a ‘traditional business’ is set to change. The advancement of programming languages, networks and blockchain technology have laid the foundations for decentralisation. One where anyone – not just staff or shareholders – ANYONE can participate in key decisions on how specific areas of the business is run.

It sounds a little crazy – to let anyone outside the business have a say in key decisions. But that is happening with the likes of blockchain telecoms company helium.

What is the net result?

This inclusion on key decisions tends to foster community spirit and fondness for the company that would unlikely be achieved otherwise. Ultimately securing longevity for the business.

And it could not have come at a better time – it is antidote to the data harvesting, opaqueness and omnipotent Google’s and Facebook’s of the world.

What do we mean by tokenised and how does it work?

Without a doubt you’ve heard of Bitcoin & Ethereum and their place in the finance and NFT space. But there are lesser known coins and tokens that occupy niche markets and have a very specific task.

We’ve talked about the blockchain telecoms Helium before and the decentralised knowledge graph tech company Trace Labs. Let’s talk about their native tokens HNT and TRAC.

In return for providing network coverage, those that own a Helium node – or ‘Hotspot’ earn the token $HNT which are then traded for BTC and other cryptos on exchanges. The greater the coverage of your hotpot the more HNT you can earn. This way the node owner is incentivised to provide the best coverage possible.

Blockchain tech allows this tokenised business model to thrive because the rewards are built on the blockchain infrastructure negating the need for human oversight. In other words, no longer do you rely on human oversight (Helium staff) to verify rewards – we call this system ‘trustless’.

Similarly, Trace Labs and their native token $TRAC rewards those individuals that run decentralised knowledge graph nodes – or Origin Trail nodes. Highly active nodes (high volume and frequency of data written to a knowledge graph) are rewarded over inactive ones. While Origin Trail is not a blockchain, the technology allows for token rewards to be paid out in a trustless manner.

Rewarding ‘node runners’ is not the only function of the tokens. They play a key part in the funding of the business known as the Initial Coin Offering (like shares in an IPO).

Tokenisation fuelled the growth and secured the future of these and many other innovative companies. Hand in hand with decentralisation, the tokenised business model is here to stay.