The Netherlands to ban e-cigarette flavours

You are here: Home \ E-liquid & E-cigarette \ The Netherlands to ban e-cigarette flavours 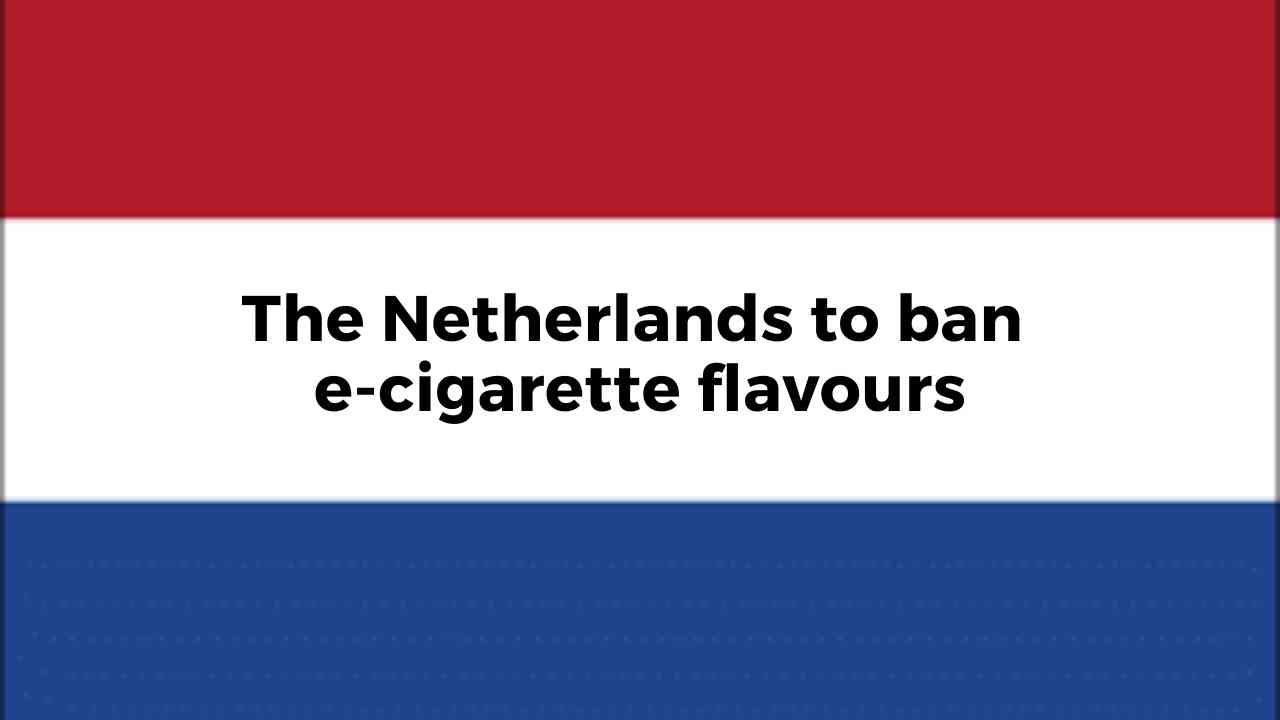 The Dutch agency is another in a string of EU agencies to ban the sale of flavoured e-cigarettes.

Flavours are key in attracting smokers to quit combustable cigarettes. Over the years, a wide variety of flavours have successfully enticed long time smokers to switch to the safer alternative.

Citing new research on the attractiveness of vapes for young people, the Dutch government has taken steps to discourage the use of flavours by imposing a flavour ban: apart from tobacco flavour, ingredients that have the function of flavour are now banned.

Reason for the ban

It appears that the decision by the Dutch authorities to impose the flavour ban was prompted by events that took place in the summer of 2019 in the United States, where some e-cigarette users developed serious lung problems and died as a result. For context though, the EU through the Tobacco Products Directive have had in place much more stringent ingredient restrictions than the U.S and is probably the reason we do not see a similar adverse health events here.

E-cigarettes are primarily used by adults who smoke, have smoked, and/or want to quit. However, there is some concern that a study from 2019 revealed that 25% of young people aged 12 to 16 have used an e-cigarette at least once. While this percentage has dropped from 34% in 2015, it is still clearly has been a worry for the Dutch authorities and consequently have acted to regulate flavours more heavily.

There is a list of permitted ingredients which can be found here Article 2.12 of the Tobacco and Smoking Regulation. Not in the list but the ingredients still permitted are:

What the flavour ban means for manufacturers

Manufactures are required to submit a ‘significant modification’ via the EU TPD notification system to amend formulations in line with the flavour ban. Essentially, convert a fruit flavour range to a tobacco only range of vape products.

Do you want to learn how to build and submit TPD notifications?

When does the change come into effect?

The ban is in effect from 1st January 2023 but retailers are allowed to sell-through existing stock until 1st October 2023. Learn more about how to be TPD compliant here.

The Dutch authorities, along with the industry, will be watching closely to see if the ban effectively reduces the appeal of vapes among young people. Only time will tell if more agencies move to ban flavours in e-cigarettes.